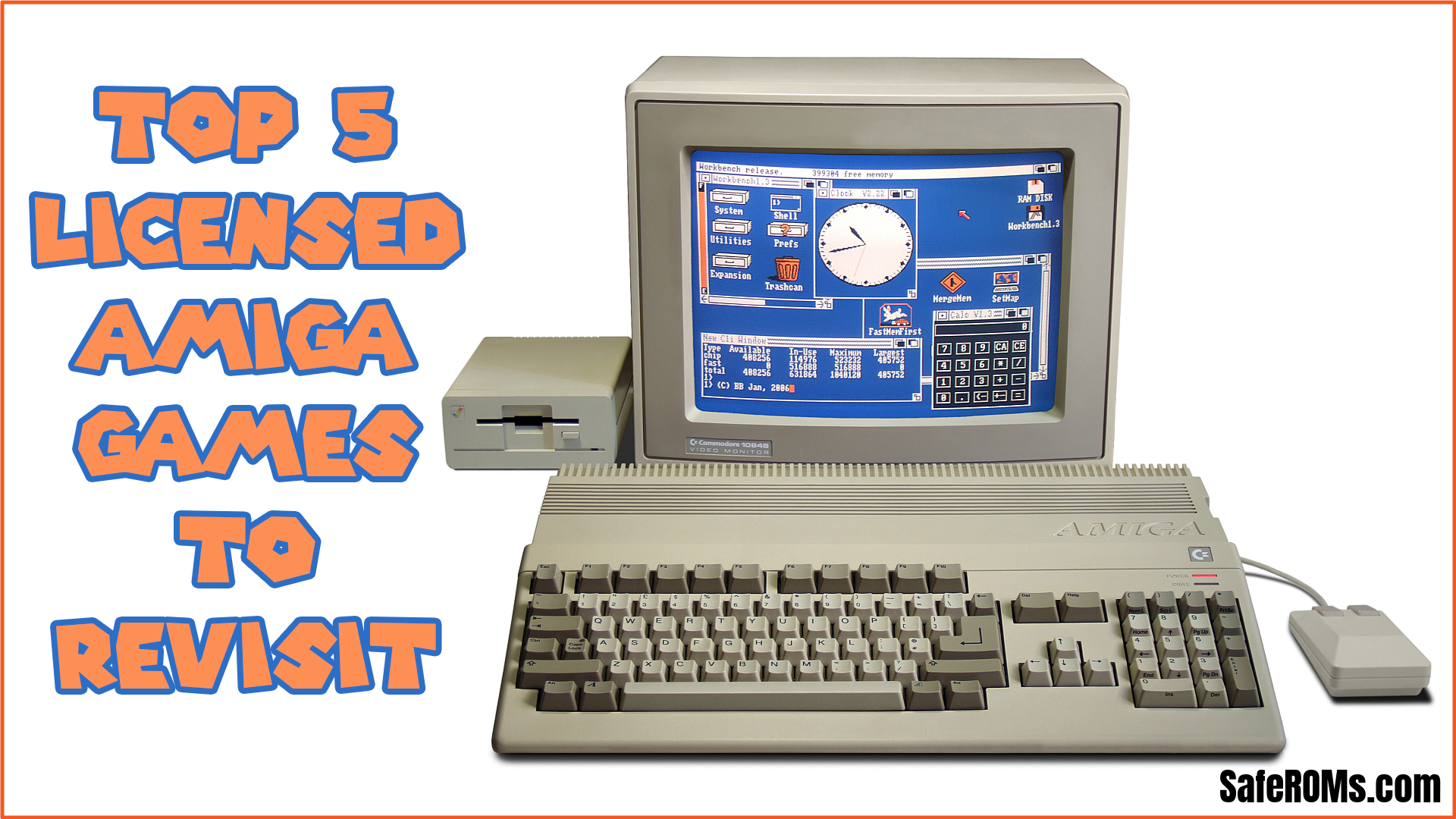 Ever since Raiders of the Lost Ark was licensed in the early 1980s, there have been so many titles based on movies, brands, and classic games seen previously only in the arcades.

With their familiar branding and, in most cases, established fans or followers, these games arguably had a head start when it came to guaranteed sales over the original titles created by many game developers. But a license didn’t mean it would always produce a great game. After all, 99 Percent Invisible states the worst video game ever is often cited as E.T. based very loosely based on the Steven Spielberg hit movie.

However, it didn’t put off the likes of Ocean Software pouncing to grasp the licenses of many of these big well-known film franchises and brands of the late 80s and early 90s. Around that time, the Commodore Amiga was THE home computer to have for video games. So, developers looked to the Amiga first to make the most noise and show off their technical expertise in gaming, which meant the brands were there too.

This extra focus brought some fantastic licensed games to the home computer, and we’ve compiled a list of five of those greats which are still worthy of your attention even to this day.

This title which was released to coincide with Tim Burton’s interpretation of Batman really stood out. The 2D platformer was universally acclaimed as one of the best superhero games available as you controlled Batman fight crime in the underground of Gotham. Interspersed between the scenes were driving elements, where you drove the Batmobile and the Batplane through the streets of Gotham in 3D. It was a first of its kind to mix the genres of games that are now commonplace in the modern interpretations of Batman.

This title was an example of an external brand making it big on home computers that wasn’t linked to a movie franchise, and such was its success we’re still feeling its effects today. The franchise is still going strong on current consoles, with the WWE 2K series, and you can find games on mobile devices too. There is even a wrestling game amongst the online slots on Foxy Games, titled WWE Legends Link and Win. It is unique as it uses the current name, WWE, but the traditional branding was more familiar during the WWF era. It is within that era that wrestling games first sprang to prominence, and we’ve seen it used on modern releases, such as the 2009 release WWE Legends of WrestleMania. While we have to admit there have been better wrestling games, this Amiga title stands out as a real highlight of how licensing and branding could influence sales and gamers’ choices.

The music made famous by the fictional siblings known as Jake and Elwood Blues makes this title a real smile to revisit, it’s instantly recognizable, and the game is a real quality platformer of its time. There are puzzles to solve, enemies to destroy, and just solid gameplay to go with the tunes that make you want to throw on your shades, nod along to and proclaim; I’m a soullll man…

This Taito arcade recreation came to the Amiga and was almost identical to that seen in the arcades. You control Bub or Bob; two identical little dinosaurs separated only by color that spits out bubbles to trap enemies in, which when popped dispose of the enemy. The repetitive anthem in the background becomes something of an earworm, and if you’re already familiar with it, you’ll have it in your head now. You can thank us later!

This is a game made up of minigames based around scenes from the movie, and the 3D take on the futuristic man of the law really pushed the boundaries of the technology of the time. You control Alex Murphy as he rids Detroit of the criminal scum found around the city. There are driving sections, fight scenes and more that make a game more than worthy of the license.

For tutorials on how to access games like these, bios and more stay with us here at SafeROMs.